I was once asked at a testing summit. “How do you manage a QA team using scrum?” After some consideration I thought it would make a good article so here I am. Understand that the idea behind software development in a scrum environment is for development teams to self-organize.

That implies that team members essentially have to manage themselves and hold each other accountable, right? After what has been said, a question arises. “What do QA managers do with their time?” For me, it’s always been about creating the right culture to respect those below you as much as those above you. It’s about figuring out how to manage your team without interacting with them directly. I understand that finding your place in a scrum environment can be difficult for some. For these reasons, I’ve listed the key things I’ve worked on with my teams to create the right culture.

First and foremost, provide the necessary support and mentoring to your team. You are their voice and their reflections are your reflections. Be their representative when the company needs to fast-track another major release. It is your responsibility to consider how this will affect your team. Is it necessary to create new environments for them? Are there any priority bugs that need to be addressed? Is automation testing complete? Are other teams required to perform integration testing? Are there security flaws that need to be addressed? If the team encounters any difficulties, it is your responsibility to voice their concerns. The team leader supports the team in self-organization and is responsible for removing any obstacles that stand in their way, but the QA team can easily be overlooked when you as the leader need to step up and make way for them.

As a leader, you should assist the QA team in self-organized testing efforts. Help them stay focused on tasks and what they do best by testing software features and functions. This can be as simple as finding a third party license or attending a meeting on their behalf. Or maybe a team is working on integration testing and you need to organize a meeting with different teams to explain how a particular feature works. The most important thing here is to be available to your team. When they ask for your help, do your best to keep them focused on the task at hand.

Second, just because you’re a manager doesn’t mean you can’t help your team in a hands-on way. Lead by example. I’m sure we’ve all heard that saying, but it’s so true. Yes, among other things, a manager’s role is to delegate and ensure that the team is moving in the right direction and following company procedures and policies. However, as previously stated, you want the team to focus on testing, so you may need to step in and do tasks that will free up your team. We recently had to re-certify one of our software solutions. In addition to the additional testing required to obtain certification, we also required additional documentation to be written for the certification process. We already had a certification report that QA would generate at the end of the release cycle when the software was distributed to the general public.

As part of this new certification, we decided to update our existing certification report with the necessary information. Instead of asking my team to add additional information to the report, I decided to go through the entire report and try to condense and merge the information that the certification deemed necessary. I knew the team would have a significant number of questions and concerns when I first did this type of report, so I went through the report with a fine-tooth comb to try to standardize and easily explain to the team what to expect. I was able to communicate what was expected moving forward when I had a tangible report. This simplified the process for everyone involved, and it freed up my team to focus on other activities that needed to be done.

As a QA manager in an agile environment, you don’t have the opportunity to work individually with each team member like they do with their scrum teams. As a result, you should meet with your team as often as necessary. Yes, you’ll go over the usual high-level areas of what’s going on within the team and the company to keep the team informed. However, this also allows them to express any potential obstacles or problems that may arise during their sprints. You can use this time to have team members demonstrate the tools they use or discuss ways to increase team effectiveness. Alternatively, involve UI/UX developers and discuss any usability testing concerns that may cause confusion between developers and testers.

Discuss what QA metrics the team would like to present during sprint reviews. You can use this time to effectively bridge the gap between the company’s other business units. Remember that the meeting is for you as a manager as well as your team, so you can track how team members are performing their tasks and how they are performing in the scrum team. As a manager, you should focus on ensuring that every team member communicates with each other, especially if you have multiple cross-functional teams. You need to make sure that the left and right hands are testing in sync and that there are no inconsistencies in each team’s testing. Although you should try to keep meetings to a minimum, meeting with the team as often as necessary is important to stay on top of your team and their tasks, especially since they don’t work directly with you.

Another thing I’ve learned from my experience as both an engineer and a manager is that you can’t always treat every team member the same way. I am not suggesting that they should treat all aspects of their duties differently. For example, when enforcing company guidelines or policies that should be the same for all employees. If you must discipline a team member, they should all face the same consequences. I mean how you manage each individual.

Let me explain where I’m coming from on this. When I first started as an Associate Engineer, I was full of enthusiasm and motivation, ready to take on the world and climb the “corporate ladder” so to speak. I didn’t realize it at the time, but I needed some direction. I needed someone to point me in the right direction. I was like a sponge soaking up anything and everything. As I progressed and spent years honing my craft and fine-tuning where and when to put my energies into action, I realized that I no longer required that hands-on mentorship. While I needed a mentor when I first started, I now mentor others as they begin their careers. This didn’t mean I didn’t want to learn new things, because in this industry, if you’re not learning new things year after year, you’re falling behind the industry standards.

This simply meant that my state of mind had changed and I no longer required the hands-on management that I wanted when I first started. That’s why I think you can’t treat all engineers the same way. Professional developers with more experience should require less attention than junior level engineers. This is why there are different ranks and salary brackets. senior engineers are expected to do more including managing themselves. Whereas an Associate Engineer is still learning and requires guidance from their manager to point them in the right direction, even if they sometimes don’t think so. I despise the term, but they could benefit from some micromanaging.

As previously stated, this industry is always changing, which is one of the main reasons I chose this career path. There is always something new to learn. With this in mind, your team must be able to adapt and change while following industry standards. As a manager, you must constantly look for ways to educate and improve the skills of your team. This can be done by improving some of the techniques they use or simply mentoring them. If your engineers aren’t upskilling year after year, your team can fall behind. If the team falls behind, you as a unit will fall behind and it will be a domino effect. Trying to motivate and push your team to educate themselves, learn new tools, and acquire new skills is a mindset that needs to be ingrained. This can be as simple as enrolling them in an online training program. Send a single or multiple team members to a tech conference if the budget allows.

I think it’s extremely rewarding because your team sees that you’re investing in them, and in my experience, they come back to work energized with fresh ideas. Updating the tools your team uses is another way to improve their skill sets. For example, we previously relied on an outdated bug tracking system. I decided to upgrade the bug tracking system to something more modern that integrates with other development tools so that QA and developers can collaborate on a single platform, making life easier not only for us but for the entire development team. It took a lot of time to research and migrate data to the new system, but once it was done, it helped my team to be more efficient in their day-to-day tasks. Always look for ways to improve overall as this industry is constantly adapting and changing.

Make yourself available by making a phone call instead of typing into a chat room. Alternatively, during a Zoom meeting, turn on your video so the team can see you. Little things like that make a difference and add a more personal touch. When it comes to building the right culture within the team and getting everyone on the same page, QA managers have their work cut out for them. They need to keep the team on track so that no test gaps or tasks are forgotten. They should focus the team on what they do best: software testing. They need to find ways to keep the team motivated and productive in their day-to-day operations. Tasks pile up, but don’t lose sight of what you’re trying to achieve while maintaining the high quality standards your company and customers expect. 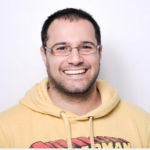